This seminar focuses on the revolution and sea change occurring in psychotherapy. It describes how to conceptualize psychotherapy based on an integrative model that discards the need for the “schools of psychotherapy.” Special attention will be on how to talk about the brain in therapy to motivate clients to try evidenced-based interventions.

Watch this seminar and learn how to optimize therapy for a variety of clients by harnessing the latest knowledge from neuroscience; developmental psychology; psychotherapy research; evidence-based practice; attachment research; and psychodynamic and cognitive behavioral approaches. Take home practical strategies for anxiety disorders such as OCD, Generalized Anxiety Disorder, Panic Disorder and PTSD; as well as for depression.

Psychotherapy in the 21st Century

What Neuroscience Offers to Therapy

The Role of Memory

Working with the Neurodynamics of Anxiety Disorders: Taming the Amygdala

Working with the Neurodynamics of Depression 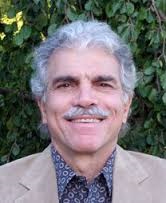 John Arden, Ph.D., served as Kaiser Permanente’s Northern California Regional Director of Training where he developed one of the largest mental health training programs in the United States. In this capacity, he oversaw more than 150 interns and postdoctoral psychology residents in 24 medical centers. Prior to this, he served as Chief Psychologist for KP.
Dr. Arden believes that the evolution of psychotherapy in the 21st Century demands integration. Instead of choosing from the blizzard of modalities and schools of the past, therapists must move toward finding common denominators among them. Similarly, today’s psychotherapy necessitates the integration of the mind and body, not the past practice of compartmentalization of mental health and physical health. John’s study of neuropsychology has inspired him to integrate neuroscience and psychotherapy, synthesizing the biological and psychological into a new vision for psychotherapy: Brain-Based Therapy. His work incorporates what is currently known about the brain and its capacities, including neuroplasticity and neurogenesis, with psychotherapy research, mindfulness, nutritional neuroscience and social intelligence. He conducts seminars on Brain-Based Therapy throughout the United States and the world.
John is the author of 15 books including his newest book, Mind-Brain-Gene (W. W. Norton & Company, 2019). John is lead author along with Lloyd Linford of the books Brain-Based Therapy with Adults (Wiley, 2008) and Brain-Based Therapy with Children and Adolescents (Wiley, 2008). His first book, Consciousness, Dreams, and Self (Psychosocial Pr, 1996), was awarded the 1997 Outstanding Academic Book Award by Choice, a publication of the American Library Association. An international panel of jurists nominated his second book, Science, Theology, and Consciousness (Praeger, 1998), for the CTS award funded by the Templeton Foundation. His book America’s Meltdowns: Creating the Lowest Common Denominator Society (Praeger, 2003) explored the degradation of the fabric of American society.

Financial: Dr. John Arden is the Director of Training in Mental Health for Kaiser Permanente. He receives royalties as an author from several publishers. Dr. Arden receives a speaking honorarium from PESI, Inc.